Guestbook list navigation←1...15161718
350 entries.
katie from Alberta wrote on February 15, 2007 at 2:05 am:
Hank Snow, Is amazing, and he is my Great Great Great grandfather. I am so proud to say that.
Emmit Batson from Arizona, USA wrote on February 10, 2007 at 12:23 am:
There have been a few great artists. Hank Snow, Merle Haggard, Waylon Jennings, and Marty Robbins. Notice I put Hank at the top? That is where he belongs. I have loved his music, both singing and guitar playing ever since I first heard him. It really gripes me that the American music industry has not given him the recognition he deserves. -Emmit
Wayne Taylor from New Zealand wrote on February 1, 2007 at 3:24 am:
I first heard Hank Snow in the early sixties when I was 6 yrs. As I was brought up on Country Music through my Father whom played and formed the Opunake Hill Billies listening to the likes of Jim Reeves. I found listening to Hank was touching and musically relaxing,and through Hank I found another singer, Jimmie Rodgers. Hank was a gifted singer and will be missed by millions like myself...
johnbryan from colunbianaohio wrote on January 29, 2007 at 7:34 pm:
I think mr. snow was the best.
ralph baker from south west port mouton wrote on January 25, 2007 at 12:08 am:
listen to hanks music all my life
David Lee Snow from Whitewright Tx wrote on January 19, 2007 at 10:08 pm:
Music has always been in my family I was told by my aunt Francis all the snow's in the americas are related I have listen to Hank's music since I was little my Father always played it and played the guitar and sang Hank's tunes some day I would like to conferm the connection just to do it my Father is 75 His name is Daniel Walter Snow Sr. David Lee Snow
mike clark from southern england wrote on January 11, 2007 at 8:51 pm:
i have listened to hank for 40 yrs loved him then still love him now best country singer ever
Darrell Schoer from Granite Bay, California wrote on December 29, 2006 at 3:19 am:
Hank has always been my favorite, I got to see him perform live once at Knott's Berry Farm in Buena Park, California
Jack Hall from Huntsville, Alabama wrote on December 16, 2006 at 2:38 am:
Thank you for this beautiful site in honor of my favorite country artist. I got to meet him and took his picture and we talked for a minute in '89 backstage at the Opry. Great singer/and guitar player and a nice man. No doubt now in the presence of Jesus. Jack
Karen P from Columbus, Ohio wrote on December 13, 2006 at 8:17 pm:
I always think of Hank Snow around Christmas time, because when I was younger, I bought an old album at a garage sale, Hank Snow's Christmas Album, with "Reindeer Boogie". I listen to it every Christmas. I'm in awe of his wonderful talent and after reading his bio, his warmth as a human being. What a great soul. I know he's in "Hillbilly Heaven!"
Guestbook list navigation←1...15161718 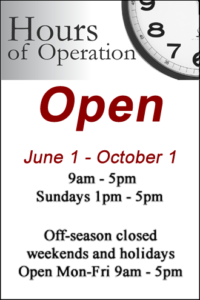